What can one say about the younger generation growing up here at Carluke they really are an inspiring group of youngsters.  But don't take our word for it the judges seem to think so to!
Nanette BEST IN SHOW  Collie Club of Victoria 2013 Open show, JUNIOR IN SHOW 2013 Collie Club of Victoria Championship show, has won her class at all 3 Breed specialities entered this year. Multi CLASS IN GROUP awards, well pointed to her title.  2014 results:- Reserve bitch Challenge 4/5/14 Mr J Andersson (SWD) Collie club of Victoria Champ show.

Nanette titles at two and a half years of age then goes on to take out BEST IN GROUP (Group 1st) under long time breeder/judge Mrs Shelley Bateup ( Lochyle Collies)  who stated that it is a long time since she has awarded a Collie Best in group.

Nanette finished 2016 as TOP VICTORIAN CHALLENGE WINNER COLLIE ROUGH  *DOL with only 5 months in the ring!

For 2017 Nanette has only been attending the very occasional show, however her results have been stunning, 1st Open bitch Collie Club of NSW Champ show under renowned Sheltie breeder Mrs Sue Lishman (Louanda) and then 4 weeks later 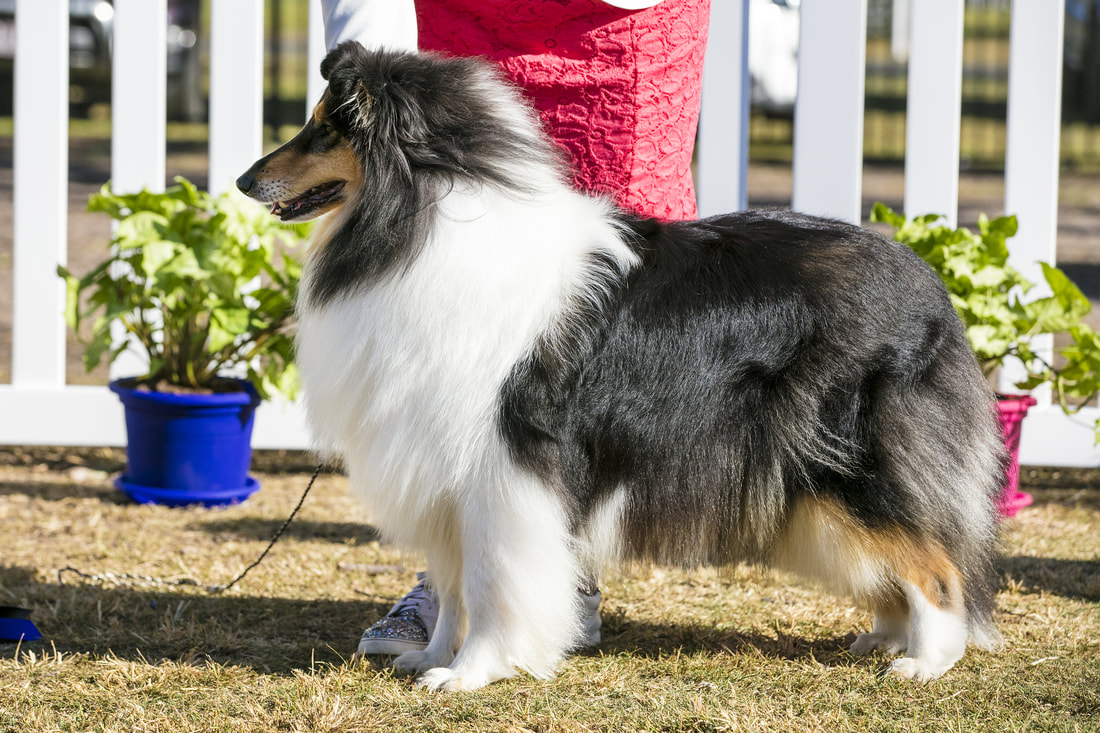 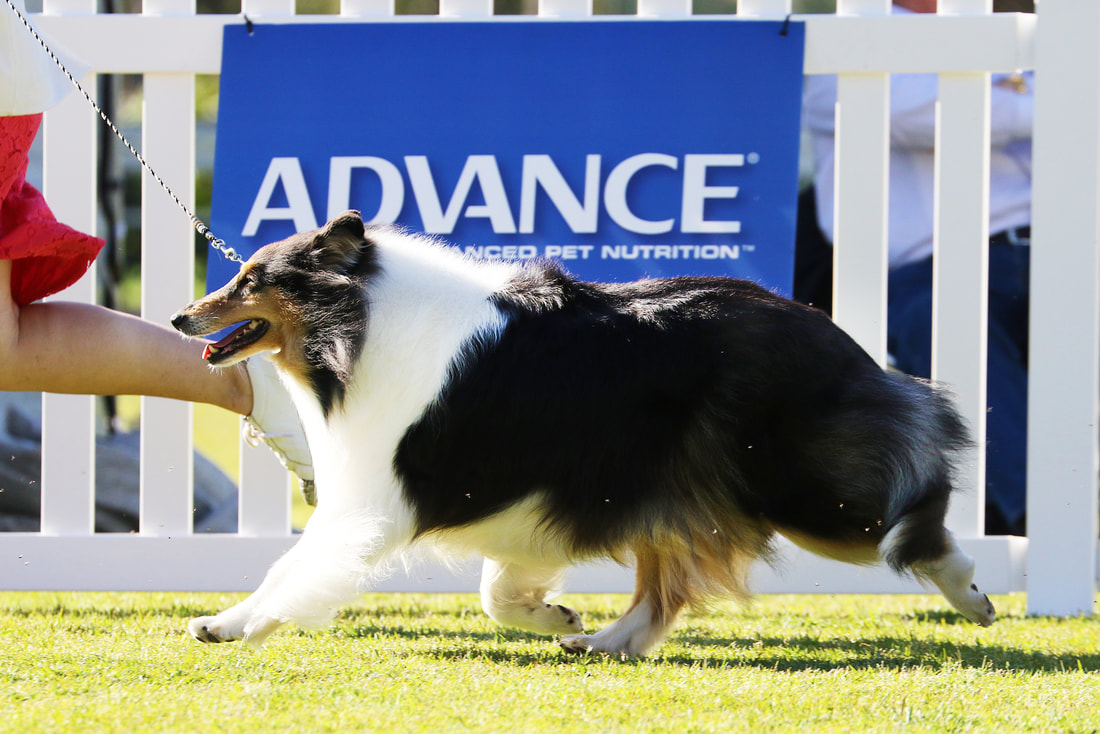 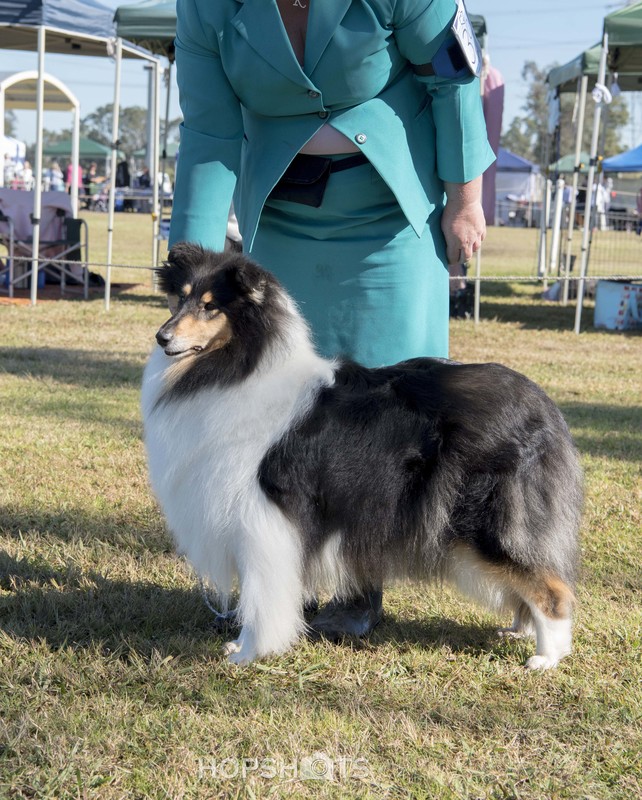 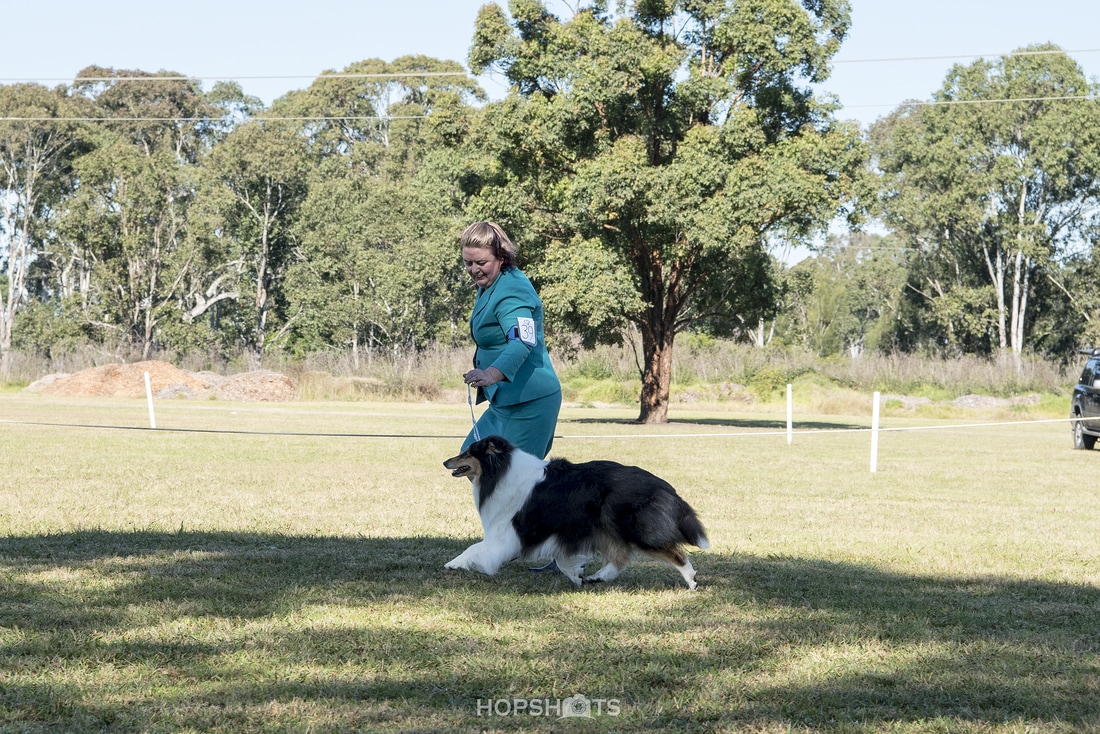 Covering the puddles in the showring in Sydney June 2017. 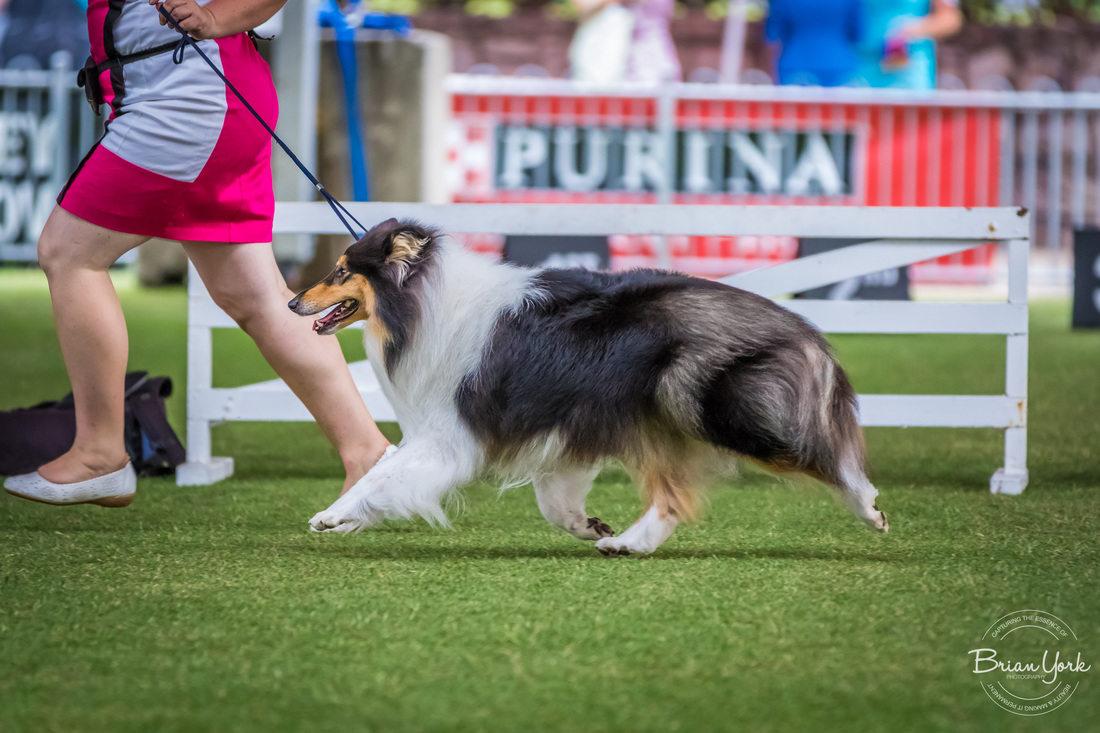 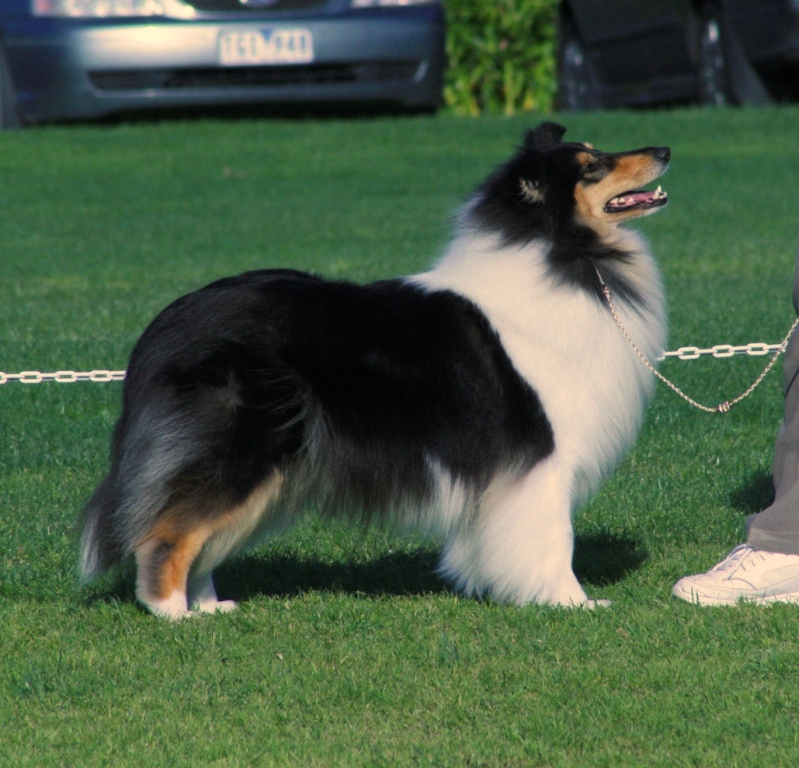 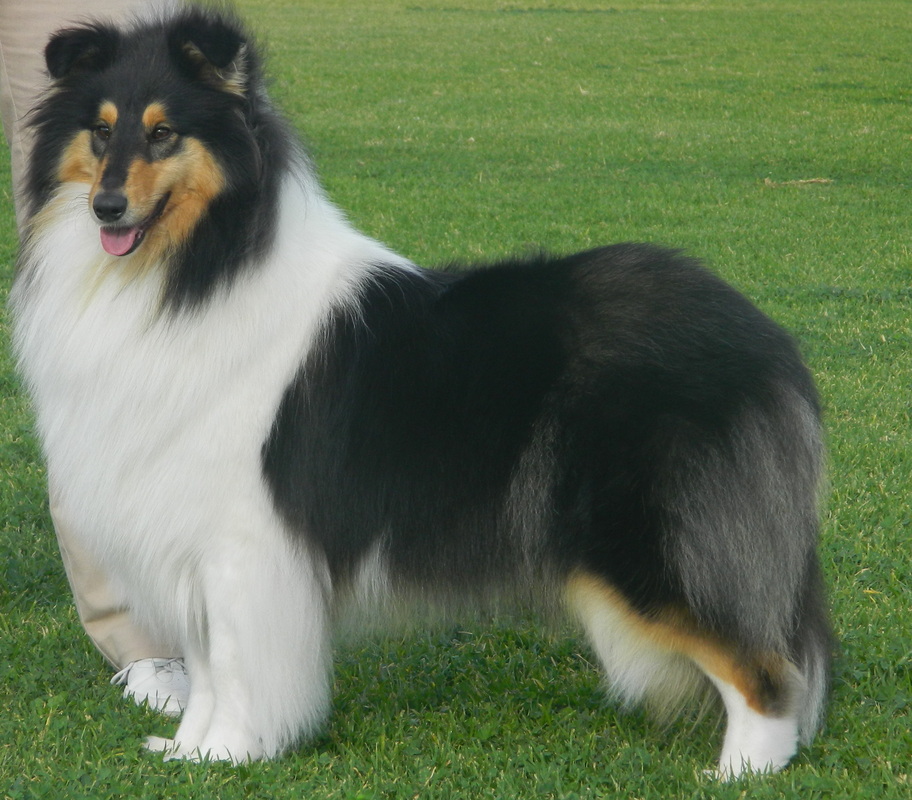 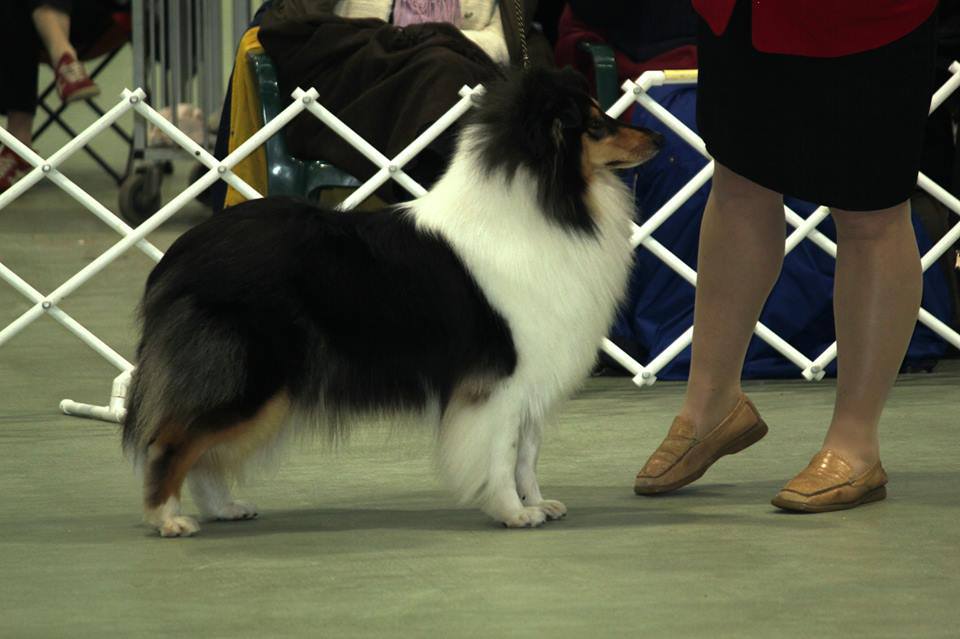 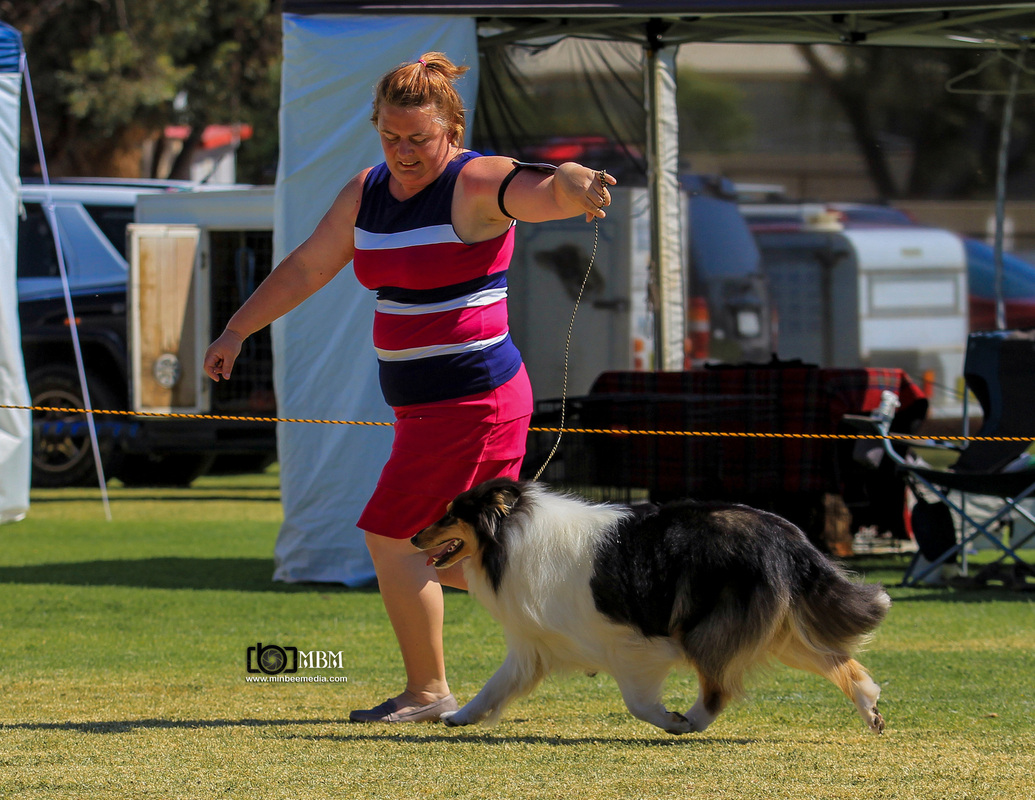